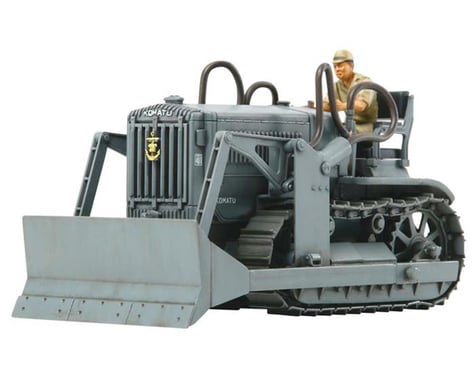 Discontinued Online
Write the first review!
Check Store Availability
Please be aware that pricing and product availability in-store may vary from what’s available online because each store is independently owned and operated.
This item is discontinued and no longer available for purchase. You may want to search our site for a similar item.
During WWII, Japanese forces developed the Komatsu G40 Bulldozer to aid in airfield construction. This was the first bulldozer manufactured by the Japanese. One hundred and forty-eight G40 bulldozers were built throughout the war. The G40 was sent to the northern and southern fronts, but due to the war few managed to reach their assigned airfields. Only one G40 survived the war, and can be seen at the Komatsu Techo Center in Shizuka, Japan. The Japan Society of Mechanical Engineers recognized the vehicle in 2007 as a Mechanical Engineering Heritage item.

This product was added to our catalog on November 6, 2017