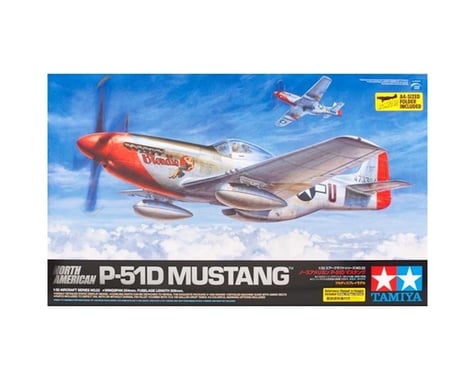 The P-51 Mustang is considered by many to be the best fighter aircraft of WWII. The P-51 Mustang came about when the British Purchasing Commission asked North American Aviation to produce the Curtiss P-40 for the RAF, but North American stated they could build something better. The P-51D is considered by many experts to be the definitive variant of the Mustang as it was the most widely produced. It featured a bubble canopy which gave the pilot superb all-round visibility as well as a heavier armament of six 12.7mm machine guns. Wing racks allowed the carriage of drop tanks to extend range or bombs for ground attack. P-51Ds were instrumental in helping the Allies gain air superiority over Europe, and after Germany's defeat, they continued their role as long-range escorts for B-29s attacking Japan. Many also saw service during the Korean War as fighter-bombers and a few even continued to serve with air forces of less developed nations until the 1980s.