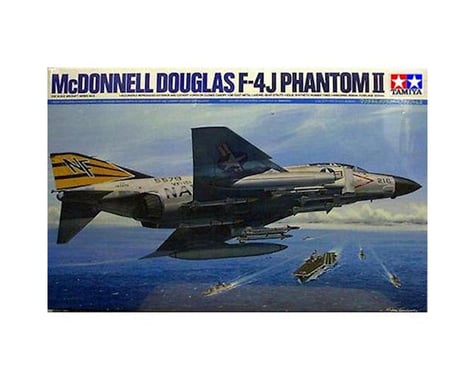 This is the Tamiya 1/32 F4J Phantom II.  The inspiration for this model was originally accepted for U.S. Navy service in 1958, the F-4 Phantom II went on to protect the skies of numerous Western nations. This kit depicts the F-4J variant which served with distinction with the U.S. Navy during the Vietnam War and was responsible for many victories over North Korean MiGs. The major assemblies are attached with screws and the one-piece fuselage and die-cast metal landing gear legs ensure superb strength. The canopy and air brake may be assembled in either open or closed positions as well. To top it off, an array of ordnance including Sparrow and Sidewinder missiles, two crew figures, and three marking options are also included.

This product was added to our catalog on October 2, 2019