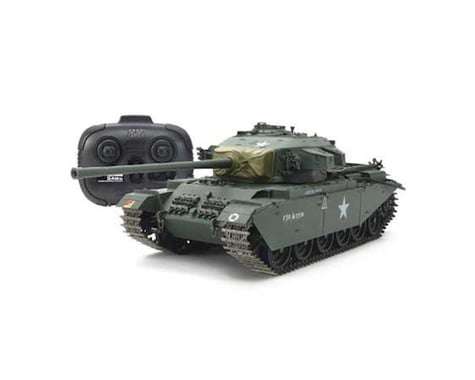 This is a Tamiya 1/25 British Tank Centurion Mk.III with Control Unit, a model of the 1973 version of the this historic tank. The Centurion was developed by the British toward the end of WWII, and received a number of upgrades during its post-war service as the main British tank. The Mk. III featured a powerful 20-pounder main gun, and gained recognition for its service in the Korean War. With around 2,800 examples rolling off of the production line between 1948 and 1956, it was the most produced tank of the Centurion series. Now this tank can be purchase as an RC kit, allowing you build and experience this model right inside your own home.