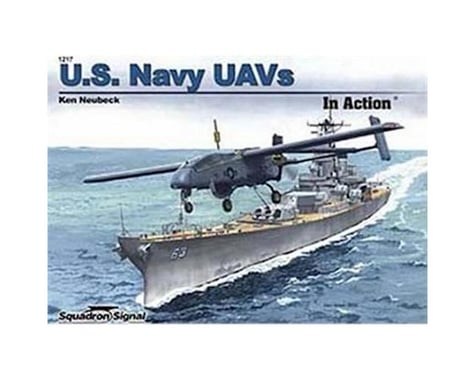 Unavailable Online
Write the first review!
Check Store Availability
Please be aware that pricing and product availability in-store may vary from what’s available online because each store is independently owned and operated.
This item is not available for purchase online. You may want to search our site for a similar item.

Neubeck. The development of unmanned aerial vehicles actually predates the development of piloted aircraft. Although manned aircraft more than overtook the unmanned variety in importance throughout the 20th Century, unmanned aerial vehicles or UAVs are now poised to become a key component of air warfare. UAV evolved extensively and saw extensive action during Operation Desert Storm - the war against Iraq in 1991 - and since then the floodgates have been opened. The US Navy sees 2 main advantages in using UAVs - endurance and cost effectiveness. UAVs can stay aloft 2 or 3 days and ground operators can be rotated on a regular schedule; they also use less fuel thus reducing operating costs. Roles, such as bombing, are also being considered for UAVs, some of which will be equipped to carry a weapon pod or bomb rack, a valuable attribute over high-risk battlegrounds. Illustrated with 170 photographs, plus color profiles and detailed line drawings; 64 pages.