Check Store Availability
Please be aware that pricing and product availability in-store may vary from what’s available online because each store is independently owned and operated.
SNW107A41259A
Sanwa/Airtronics
Related products 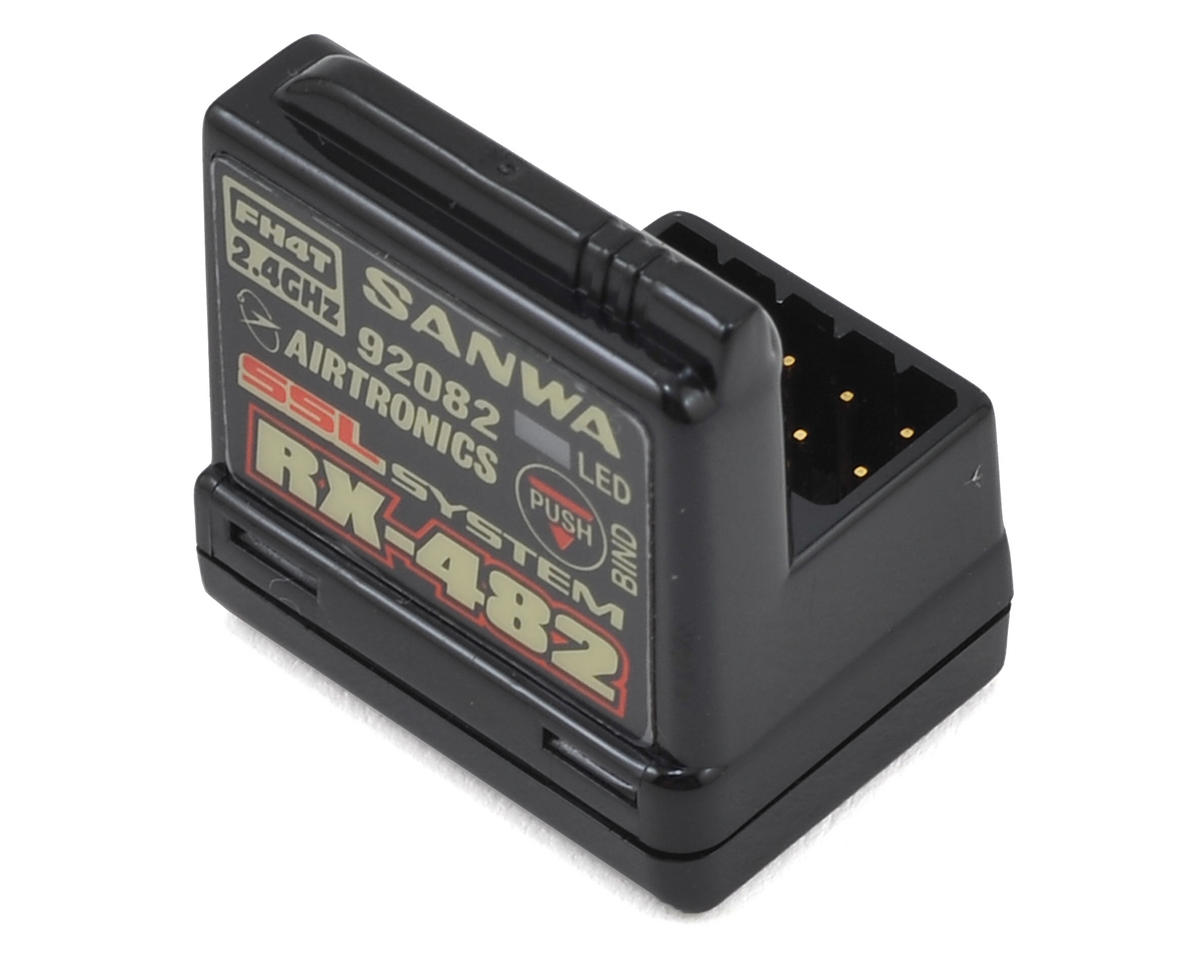 This is the Sanwa RX-482 2.4GHz 4-Channel FHSS-4 SSL Telemetry Receiver features a built-in antenna! This means no more antennas sticking out of the body, as well as no more worry about damaging the antenna during use. Just mount the RX-482 Super Response SSL receiver in the upright position in your model and enjoy the same solid reception as you've come to expect from other Airtronics and Sanwa receivers. Combined with Airtronics or Sanwa Super Response SRG digital servos, the RX-482 Super Response SSL receiver will give you reaction speeds like never experienced before!

When used with an Airtronics or Sanwa M12S, M12, MT-4S or Sanwa EXZES-Z transmitter and a Super Vortex series ESC or other SSL compatible device, the SSL function allows you to change many programming mode options directly from the transmitter using the transmitter's CODE AUX function, on the fly - even while you're driving. In addition, telemetry data such as speed or RPM, ESC temperature, motor temperature (if supported), and battery voltage can be read directly from the Super Vortex series ESC and displayed on the transmitter.

James Williams
Sanwa/Airtronics RX-482 2.4GHz 4-Channel FHSS-4 SSL Telemetry Receiver
I have one of these I'm using with the Sanwa MT-44 (it was included). They are tiny*, fast, and work great. The footprint is very small however the receiver is pretty tall. It fits great in my Yokomo YZ-2 buggy, but I could not fit it in my Associated RC8B3 (nitro) or RC8B3e (electric) receiver box with the top installed. I had someone tell me 'just lay it on its side' Do not do this! The antenna is designed to get reception in a vertical orientation. Not to mention you will be putting the antenna just a couple millimeters away from an aluminum or carbon fiber chassis, and you can get a lot of radio reflection. If you do this in a 1/8 vehicle you are asking for trouble. It may work, but do you want to chance someone's safety with a runaway vehicle? Just saying. I've heard it fits in other receiver boxes, just double check the inner dimensions before ordering. If you have a vehicle without a receiver box you this reciver is great.