Please be aware that pricing and product availability in-store may vary from what’s available online because each store is independently owned and operated.
RPM73652
RPM
Related products

Be the first to write a review!
Back Order Add to Wish List
Out Of Stock Online
You may back order this item and it will ship when it arrives in stock. 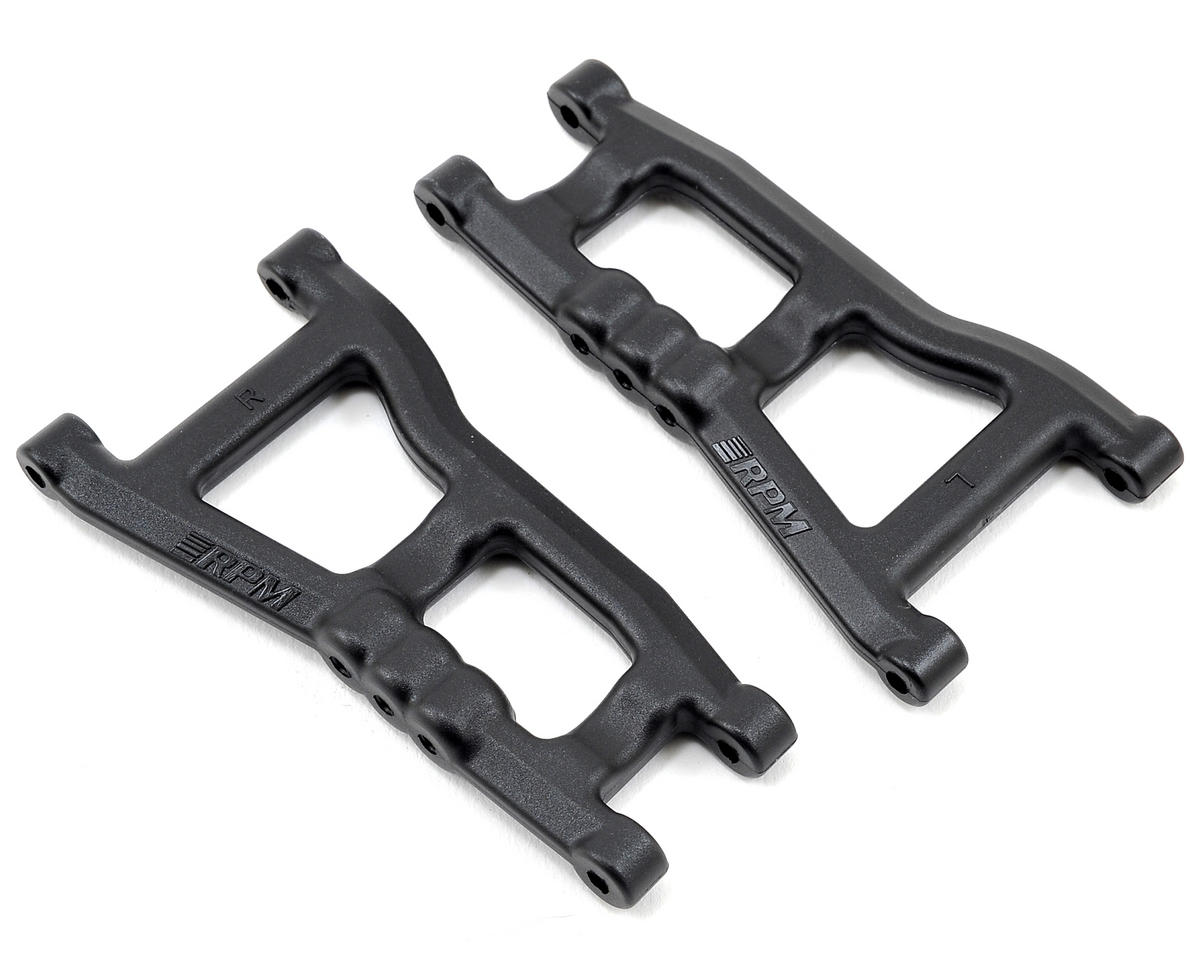 This is a pack of RPM Rear A-Arms for the Traxxas Nitro Slash. The Stock Traxxas Nitro Slash rear A-arms are designed to fit multiple vehicles. Because of that, they have several unnecessary holes that aren’t used on the Nitro Slash. This creates many weak points where the A-arm can potentially break. RPM rear A-arms for the Traxxas Nitro Slash are designed with only the necessary holes and nothing more, for an exclusive fit on the Nitro Slash with clean looks. By eliminating all of those unneeded holes, not only do you get increased strength and durability, but they are also nearly 20% lighter! That’s right, the RPM Nitro Slash rear A-arms are stronger, lighter and more durable than the stock parts! Each pair of RPM Nitro Slash A-arms is molded in RPM's trademark blend of incredibly strong nylons right here in the USA.

This product was added to our catalog on December 12, 2014