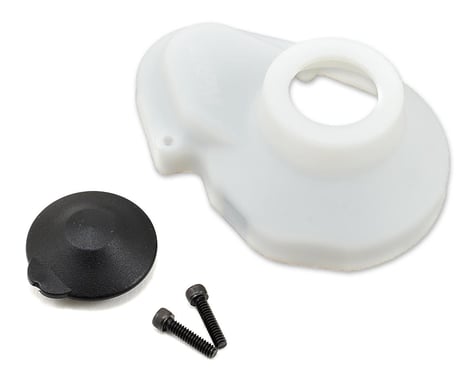 This is an optional Gear Cover for the Team Associated RC10 Classic. The original RC10 from Associated is what got the RPM brand started 20+ years ago. With the release of the RC10 Classic, RPM received enough demand to bring back one of our staple products from back then. However, we’ve stepped it up and instead of re-releasing an old part, we’ve completely revamped our “new” gear cover to modern spec’s.

This version has smoother contours than the original, completely seals off the gear case from dirt and debris and has added clearance in several areas. Our “new” gear cover has a larger, taller area for bigger pinions than the stock gear cover and the spur area has been expanded to allow the use of the VTS slipper clutch from Associated. Each RPM RC10 & RC10T Classic Gear Cover comes with our oversized, soft gear cover plug (originally designed 20+ years ago and still going strong) for easy access to the slipper clutch lock nut while still maintaining a superb seal against dirt and debris.