Check Store Availability
Please be aware that pricing and product availability in-store may vary from what’s available online because each store is independently owned and operated.
RPM80695
RPM
Related products

Be the first to write a review!
Add To Cart Add to Wish List
In Stock Online!
Usually ships in 24 hours
$1.99 Flat Rate Shipping!
This item is eligible for $1.99 flat rate shipping Learn More 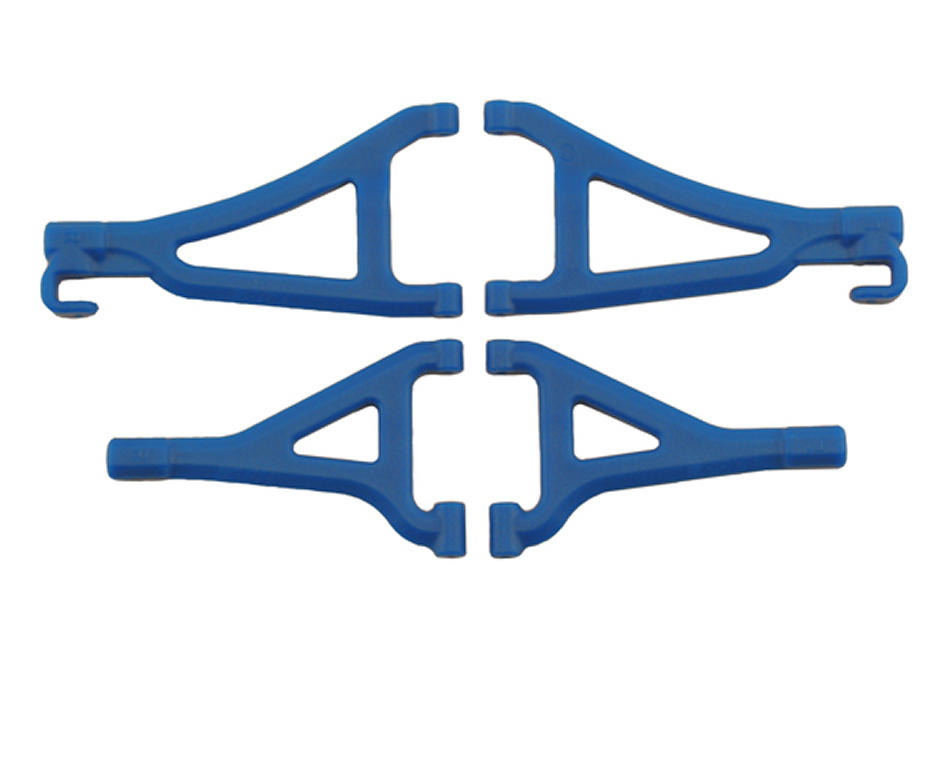 This is a set of RPM Front Upper & Lower A-Arms, and are intended for use with the Traxxas 1/16 E-Revo. Upon the release of the 1/16th Scale Traxxas Mini E-Revo, RPM immediately started receiving requests for durability upgrades. What better place to start than the front A-arms? With RPM's guaranteed unbreakable material and a proven A-arm design based off of their larger, 1/10th scale Revo A-arms durability for these little powerhouse trucks has finally arrived!

Another problem that has been eliminated was slop in the suspension system. In some cases, as much as 1/32” of slop is found in the stock A-arms! That problem has been solved with these new RPM versions. RPM A-arms eliminate nearly all of the A-arm slop, which allows camber, caster and toe angle settings to be more solidly fixed in position. The result is smoother, more consistent steering and suspension movement with a significantly reduced tendency for the truck to randomly wander while driving. These arms also feature angled leading and trailing edges. RPM incorporates a 30-degree bevel in these areas, which reduces the chance of breaking suspension parts since the A-arm will naturally try to transition over objects instead of bluntly plowing into them.

RPM front A-arms for the Traxxas Mini E-Revo are sold in sets of four – both upper and both lower a-arms, and are backed by RPM's industry-leading breakage warranty. If it breaks (under normal operating conditions), send it to RPM and they will replace it!

This product was added to our catalog on December 17, 2009