Please be aware that pricing and product availability in-store may vary from what’s available online because each store is independently owned and operated.
PTK-7601
ProTek RC
Related products 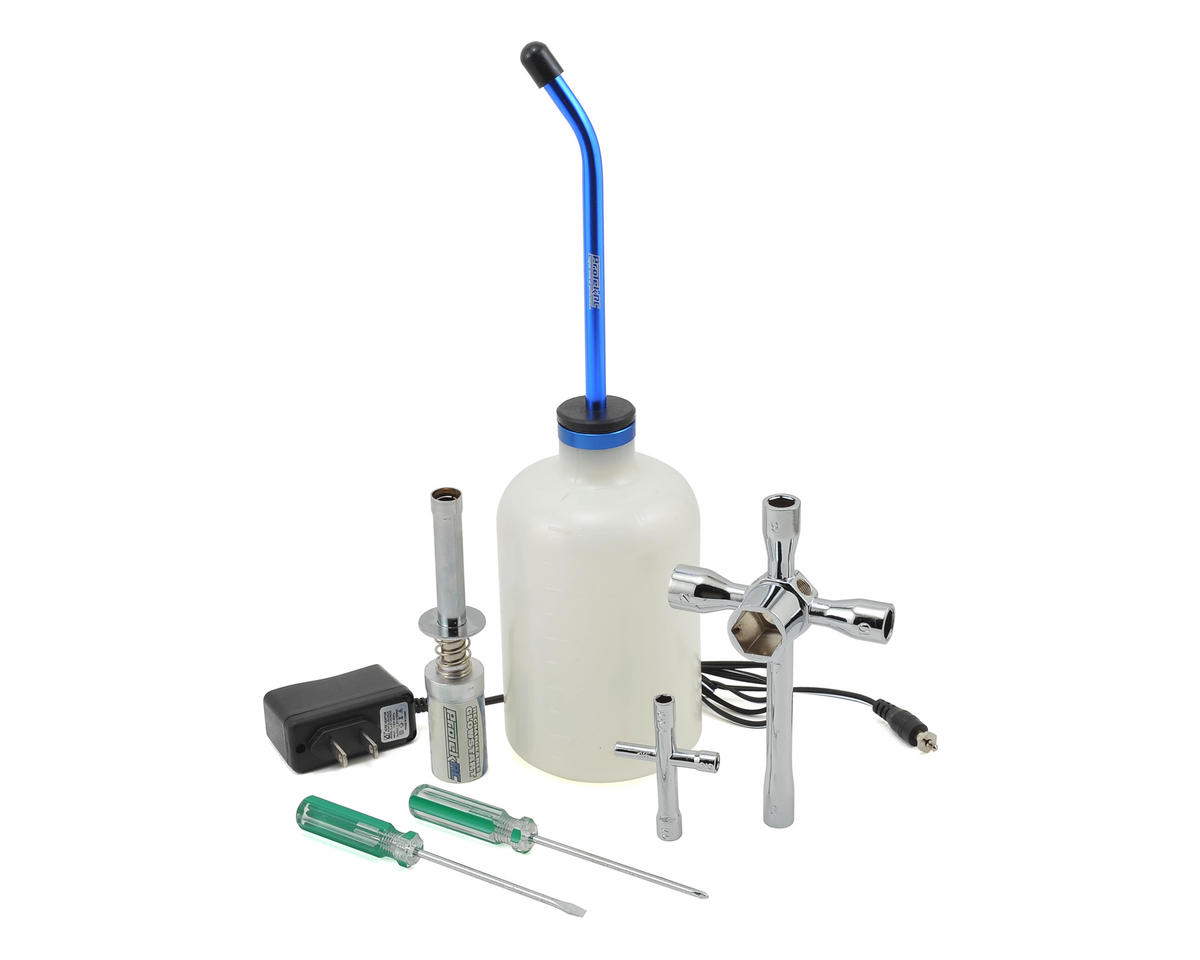 This is the ProTek R/C Nitro Starter Set. This package includes many of the critical accessories that are required to get your nitro vehicle running, including a ProTek Fast Fill 500cc fuel bottle, a SureStart rechargeable glow ignitor, a large 5-way wrench, a small 4 way wrench, as well as a small flat head screwdriver and a small Phillips head screwdriver.

The Fast Fill fuel bottle's 500cc graduated reservoir holds enough fuel to last a long main event, while the super soft material makes it easy to fill your tank quickly. At 4.5" the blue-anodized spout is long enough to reach through any opening and find the tank. A rubber cap is included to prevent spills and keep dirt out of the bottle, and the cap is tethered to the spout so you won't lose it.

The SureStart ignitor is a high quality rechargeable glow ignitor with an included 1800mAh NiMH cell, and wall charger. This ignitor has a 2.25" reach, and the included wall charger will charge the battery in approximately 6 hours. For the best performance during a race day it is recommended that the ignitor be left on the charger when not in use.

The tools included in this kit are where the real value comes into play! The large 5-way wrench features 8, 9, 10 and 12mm nut drivers, as well as a 17mm wrench in the center, while the small 4-way wrench has 4, 5, 5.5 and 7mm nut drivers. That's the equivalent of 9 wrenches, in two tools! There is also a Φ3 flat head screwdriver with a 3" reach that is perfect for tuning engines, and a Φ3 Phillips screwdriver that can be used to maintain servos or anything else that requires a small Phillips head screwdriver.

This product was added to our catalog on February 11, 2011