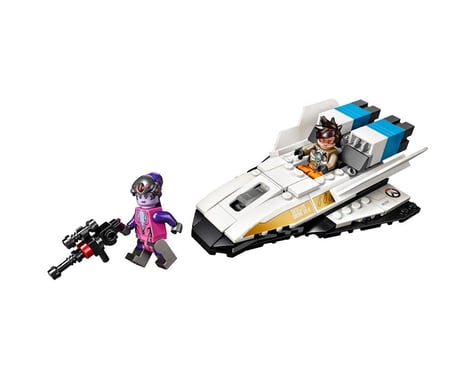 In Store Only
Write the first review
Check Store Availability
Please be aware that pricing and product availability in-store may vary from what’s available online because each store is independently owned and operated.
This item is only available for purchase exclusively from our retail stores. Click here to find a store near you. You may want to search our site for a similar item.
Note: Manufacturer does not allow coupons

Immerse your favorite Overwatch fan in epic missions with this LEGO Overwatch 75970 Tracer & Widowmaker set. Based on the internationally acclaimed team-based action game, this set recreates the drone satellite from the Watchpoint: Gibraltar map where Overwatch heroes Tracer and Widowmaker face off for control of the payload. With weapons for the heroes and space in the drone satellite to sit an Overwatch minifigure, youngsters will love playing with the set’s instantly recognizable characters and setting. Older fans will love to show their passion for Overwatch by displaying the set by their gaming setup for all their friends to see.