Check Store Availability
Please be aware that pricing and product availability in-store may vary from what’s available online because each store is independently owned and operated.
LEG75972
LEGO
Related products

Be the first to write a review!
This item is discontinued and no longer available for purchase. You may want to search our site for a similar item.
Note: Manufacturer does not allow using discount coupons
Discontinued Online 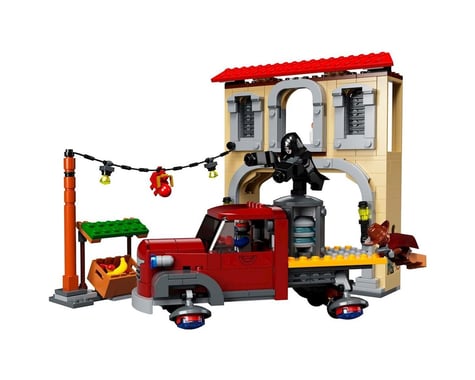 Now your favorite Overwatch fan can build an iconic Dorado building and payload truck with LEGO Overwatch 75972 Dorado Showdown! Based on the critically acclaimed international bestselling game, this Overwatch building toy features an instantly recognizable building from the popular Dorado map and 3 Overwatch minifigure characters—Soldier: 76, Reaper and McCree. With Overwatch weapons, Dorado building, and a payload truck like in the game, fans of Overwatch will want to build and display it for their friends to see, while youngsters will like playing with the vehicle and mini market building from the game.

This product was added to our catalog on February 7, 2019