Check Store Availability
Please be aware that pricing and product availability in-store may vary from what’s available online because each store is independently owned and operated.
JCO0144
JConcepts
Related products

Be the first to write a review!
Add To Cart Save In List
In Stock Online!
Usually ships in 24 hours
$1.99 Flat Rate Shipping!
This item is eligible for $1.99 flat rate shipping Learn More 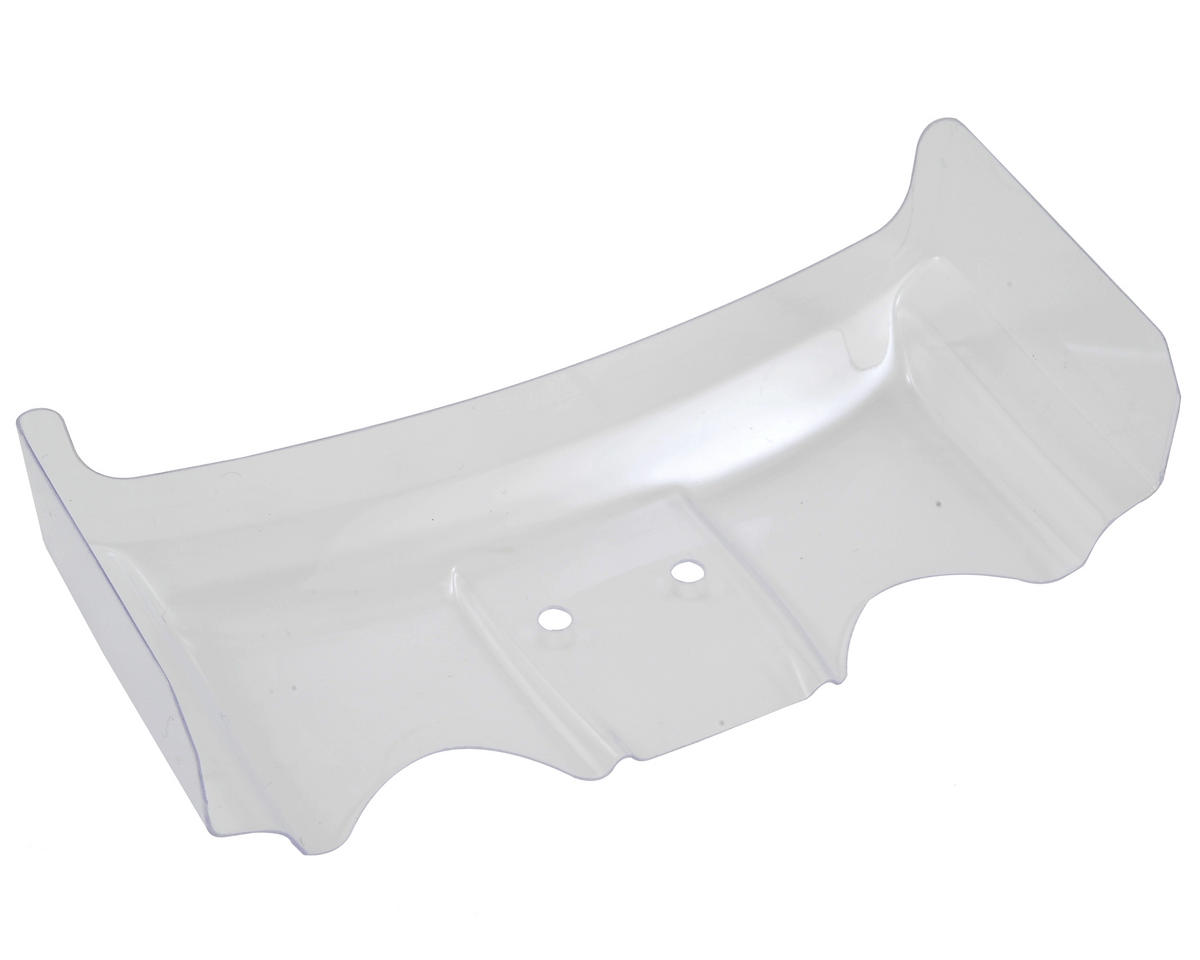 This is an optional JConcepts RC10B5 Pre-Trimmed 6.5" Wide High Clearance Wing. Yes, the IFMAR World Championship winning wing design is now available as a drop-on fit for the RC10B5 and RC10B5M. The customer reaps the benefits as JConcepts performs the dirty work of properly trimming and mounting the wing. Molded in exclusive and durable polycarbonate, this new wing features a beefy feel but light-weight enough to be considered a race wing. Tear off the protective film to reveal clean, smooth edges and decorate or scuff to your liking.

About the JConcepts 6.5” Hi-Clearance Wing
1/10th buggies are very dependent on the rear wing for traction, flight control and balance. The Hi-Clearance wing from JConcepts incorporates several important elements making it the most versatile JConcepts wing yet. Each performance wing contains one pre-trimmed wing ready to drop-on.

Debuted at the 2011 IFMAR World Championships, the Hi-Clearance wing design has been used with success on medium to large sized tracks where fast, at-speed handling is required. The Hi-Clearance feature provides extra clearance for the expansion of tires during high acceleration points and especially on high speed straight-aways. The extra tire clearance also allows for full suspension movement during hard landings and full compression during corning. The 6.5” wing has multiple gurney heights to adjust straight-line stability for all conditions.

This product was added to our catalog on October 31, 2014

Related Products
Customers that bought this also purchased...
Previous Next Move Close
Call us at 1-844-714-3445, or sign up for our newsletters! CLICK HERE