Please be aware that pricing and product availability in-store may vary from what’s available online because each store is independently owned and operated.
JCO0315
JConcepts
Related products

Be the first to write a review!
Add To Cart Add to Wish List
In Stock Online!
Usually ships in 24 hours 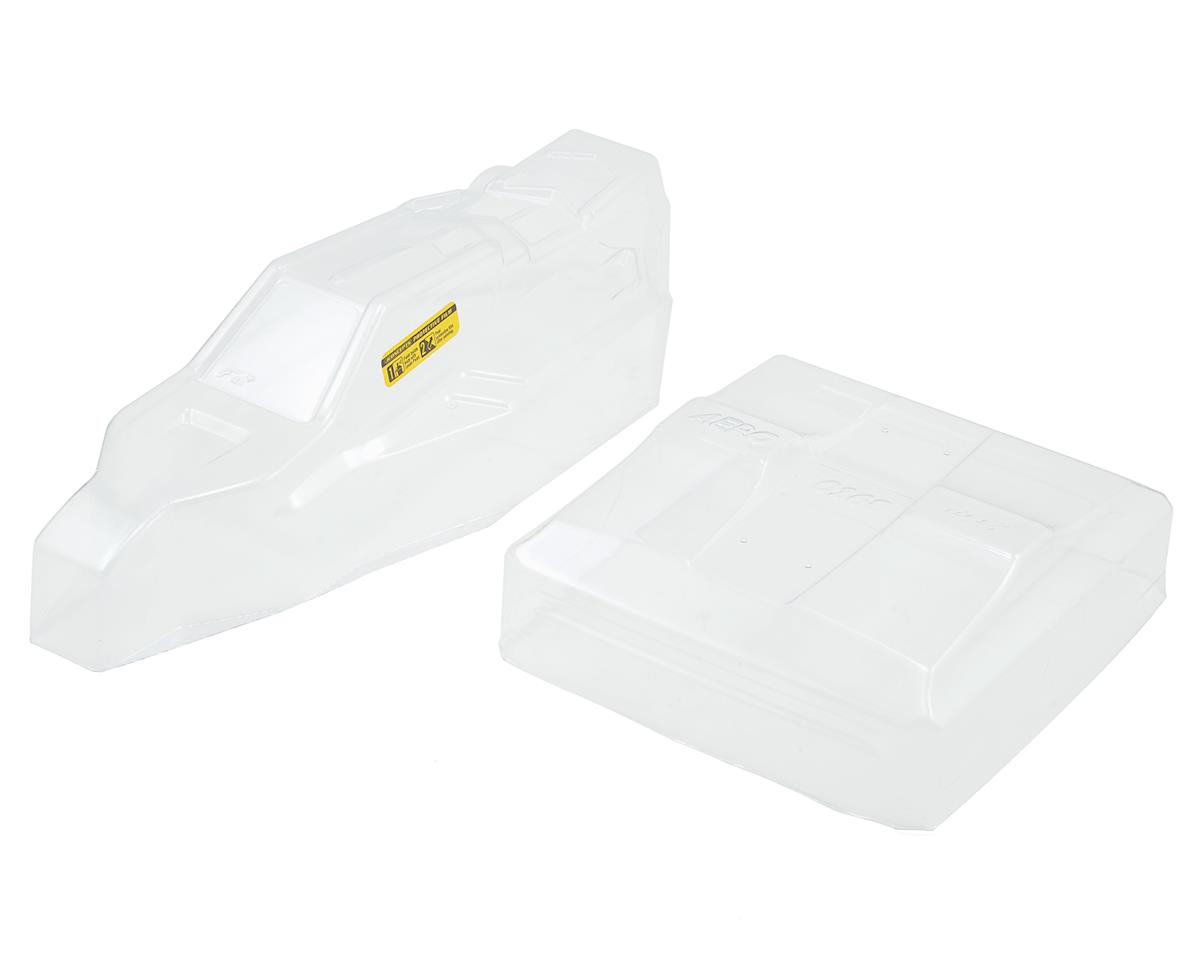 This is the JConcepts B6/B6D "F2" Buggy Body with an included 6.5" Aero Buggy Wing. Cleverly named, F2, the unique design quickly raised some eyebrows during testing and proved effective on the ground and in the air. Designed with aspects learned from the original Finnisher bodies, the F2 provides an even more aggressive look with included details which remain crucial to performance.

The F2 body is a drop fit for the popular Team Associated B6 and B6D buggies. Cut-lines are included on each side of the body to accommodate stand-up 3 or 4 gear and lay-down transmission layouts giving all out versatility. With the evolution of race tracks, complicated circuits combining more aggressive jumps and extremely high-speed corners, JConcepts incorporated many features which provide several benefits in the most critical situations. Increased windshield angle provides a steady force upfront during mid-flight wind gusts on large jumps. Forward cab placement changes performance / visible bias which help steering rotation in low traction corners.

In addition to the body, JConcepts has included two of the latest Aero rear wings used by Ryan Cavalieri, Ryan Maifield and Spencer Rivkin to a 1st, 2nd and 4th place finish at the 2017 Reedy Race of Champions.

This product was added to our catalog on February 17, 2017