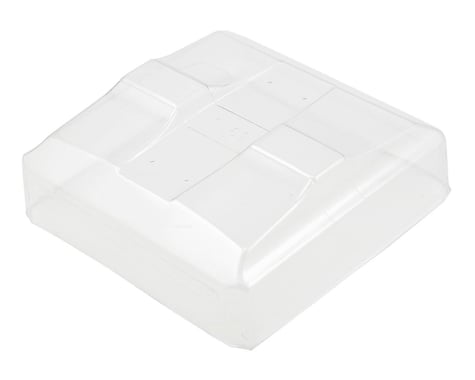 In Stock Online!
Usually ships in 24 hours
Add To Cart
Save In List
Write the first review!
Check Store Availability
Please be aware that pricing and product availability in-store may vary from what’s available online because each store is independently owned and operated.
This item is eligible for $1.99 flat rate shipping Learn More
The JConcepts B6/B6D "Aero" Short Chord Rear Wing features a leading edge that drops below the mounting point that acts in a scooping manner. What separates the JCO0169 wing from the standard JCO0168 is the shorter deck length, otherwise known as the “chord length.”

The shorter chord has less rear overhang allowing for quicker rotation in 180 degree turns and will have less impact in gusty wind conditions or long aerial maneuvers. The center channel is just narrow enough for the B6 wing mount assembly but drops the wing at just the correct height and position. The side-dams feature large openings for tire clearance and expansion.


This product was added to our catalog on September 27, 2016