Check Store Availability
Please be aware that pricing and product availability in-store may vary from what’s available online because each store is independently owned and operated.
GUI801
Guillow
Related products

Be the first to write a review!
Add To Cart Save In List
Usually ships in 4 to 5 days 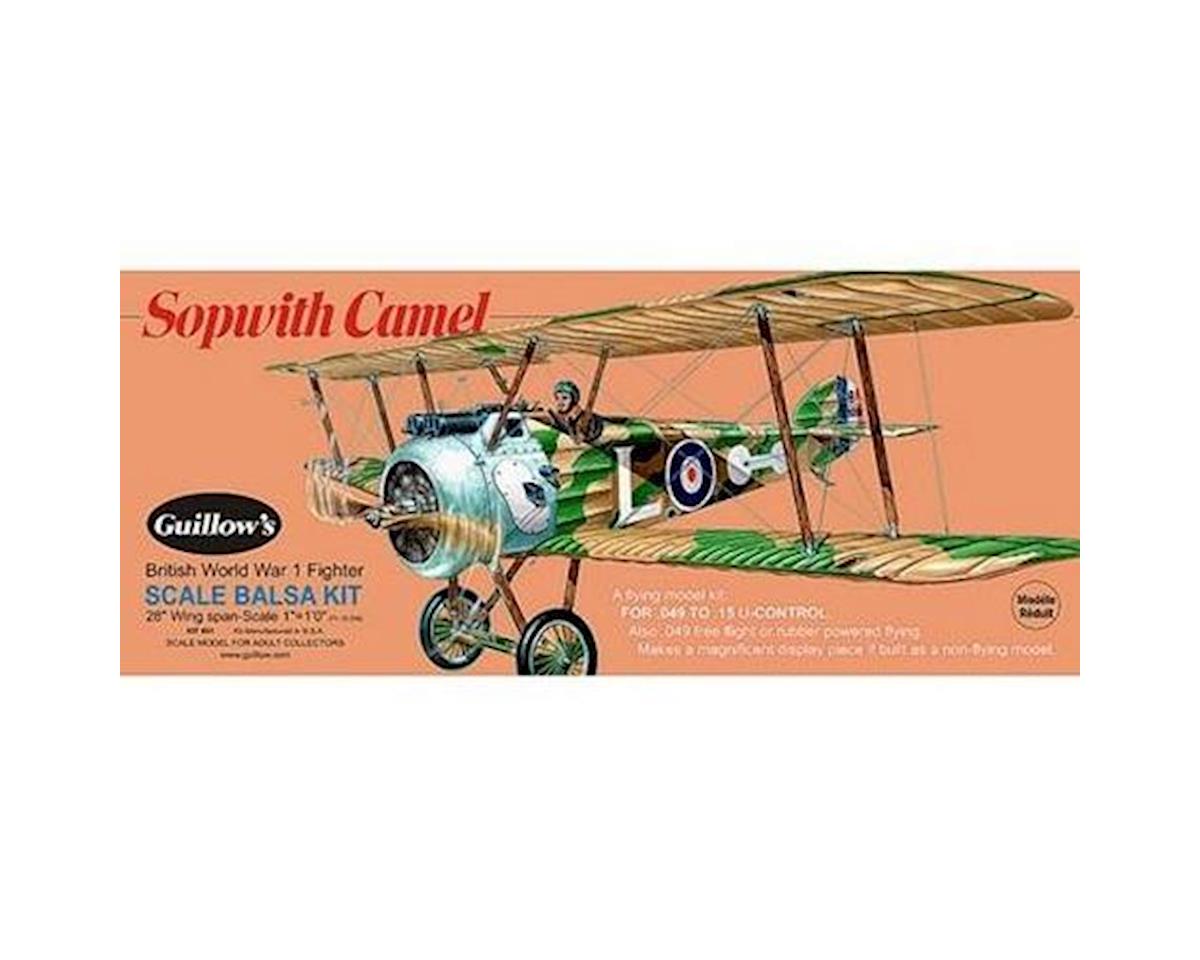 This temperamental British World War 1 fighter was flown by such distinguished pilots as Lt. Col R. Collishaw, Major D. R. MacLaren and the most famous of all, Capt. Roy Brown. Capt. Roy Brown engaged in the dogfight that resulted in the death of Germany's ace of aces, Manfred Von Richthofen popularly known as the "Red Baron". The Camel had great agility in combat due to the fantastic torque of its rotary engine and the fact that engine, pilot and guns were all located on the first seven feet of the wooden airframe.

This product was added to our catalog on January 3, 2018

Related Products
Customers that bought this also purchased...
Previous Next Move Close
Call us at 1-844-714-3445, or sign up for our newsletters! CLICK HERE