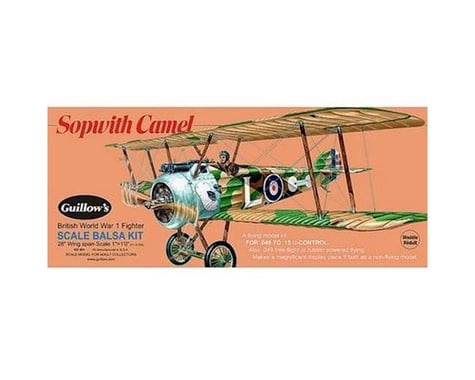 This temperamental British World War 1 fighter was flown by such distinguished pilots as Lt. Col R. Collishaw, Major D. R. MacLaren and the most famous of all, Capt. Roy Brown. Capt. Roy Brown engaged in the dogfight that resulted in the death of Germany's ace of aces, Manfred Von Richthofen popularly known as the "Red Baron". The Camel had great agility in combat due to the fantastic torque of its rotary engine and the fact that engine, pilot and guns were all located on the first seven feet of the wooden airframe.

This product was added to our catalog on January 3, 2018