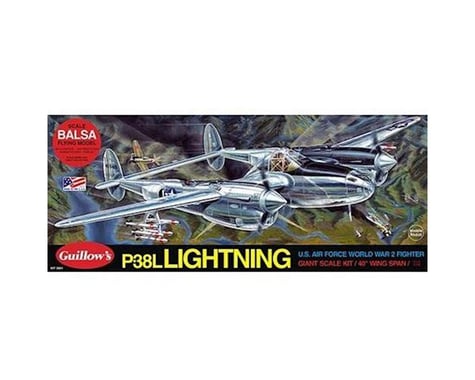 In Stock Online
Usually ships in 24 hours
FREE Shipping Eligible! Learn More
Add to Cart
Save In List
Check Store Availability
Please be aware that pricing and product availability in-store may vary from what’s available online because each store is independently owned and operated.

The Lockheed P-38 Lightning was a revolutionary fighter for the time with its tricycle landing gear, twin boom and turbo-superchargers. The first models were accepted by the Army Air Force in October 1941 and, by the end of the war, nearly 10,000 had rolled from the production lines. From introduction until 1945, many modifications were made in the original design to comply with the needs of the air services.