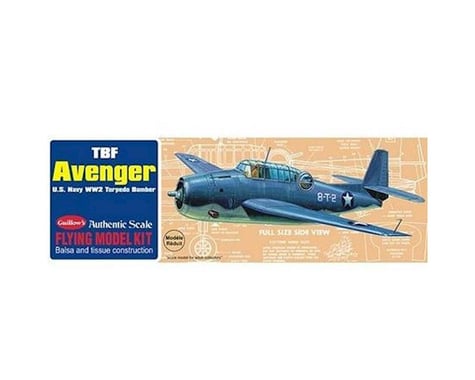 Out Of Stock Online
You may back order this item and it will ship when it arrives.
Back Order
Save In List
Write the first review!

The Grumman TBF initial production order for 286 planes was placed in the latter part of 1940 and, between 1942 and the end of the 1943, 2, 293 Avenger were built and delivered to the U.S. Navy. It became the Navy standard torpedo-bomber of World War 2 and first saw action on June 4, 1942, at the historic Battle of midway.