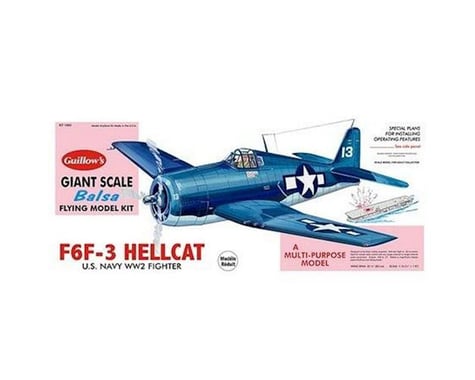 The first production F6F-3 took to the air in Oct. 1942, and by Jan. 16, 1943, operational F6F-3’s were being delivered to the U.S. Navy. More than 2500 joined the naval service in 1944 with production of the “3’s” coming to a halt in the spring of 1944 when an improved version, the F6F-5 began to roll down the assembly lines. Form its first combat engagement, the Hellcat proved superior to its Japanese opponent and maintained this advantage right up to the end of the hostilities.