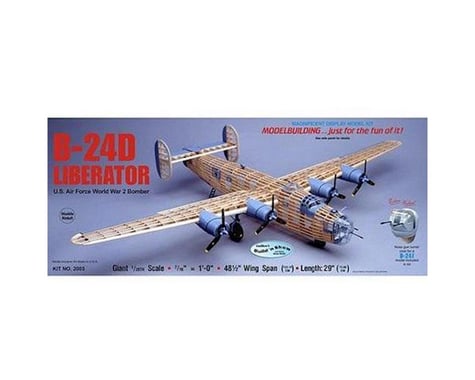 The B-24 Liberator was built in greater quantities than any other U.S. bomber of World War 2. The prototype model was produced by the Consolidated Aircraft Corp. with the first XB-24 taking to the air on Dec. 29, 1939. It featured the revolutionary Davis wing design that enabled the B-24 to carry the same payload as its rival the Boeing B-17 Flying Fortress but at a much greater speed and range. Over 18,000 Liberators were built during the war.

This product is expected to become available for purchase on Thursday, October 28, 2021