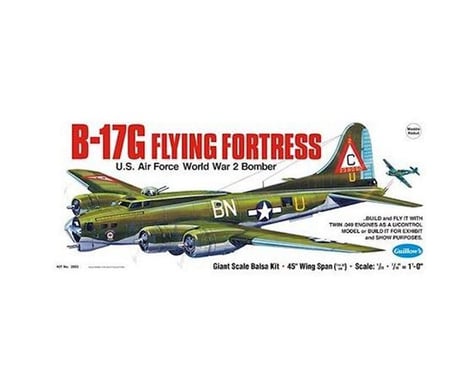 Out Of Stock Online
FREE Shipping Eligible! Learn More
Back Order
Save In List
Write the first review

The B-17 lived up to its “flying fortress” nickname during World War 2 when it penetrated deep into the Third Reich to blast German war production facilities. Bristling with machine guns, the “G” version of the B-17 was a formidable opponent for enemy fighters being able to absorb extensive battle damage and still survive to deliver its bomb cargo on designated targets.