Please be aware that pricing and product availability in-store may vary from what’s available online because each store is independently owned and operated.
FIO-TRC-MBX7/A
Fioroni
Related products 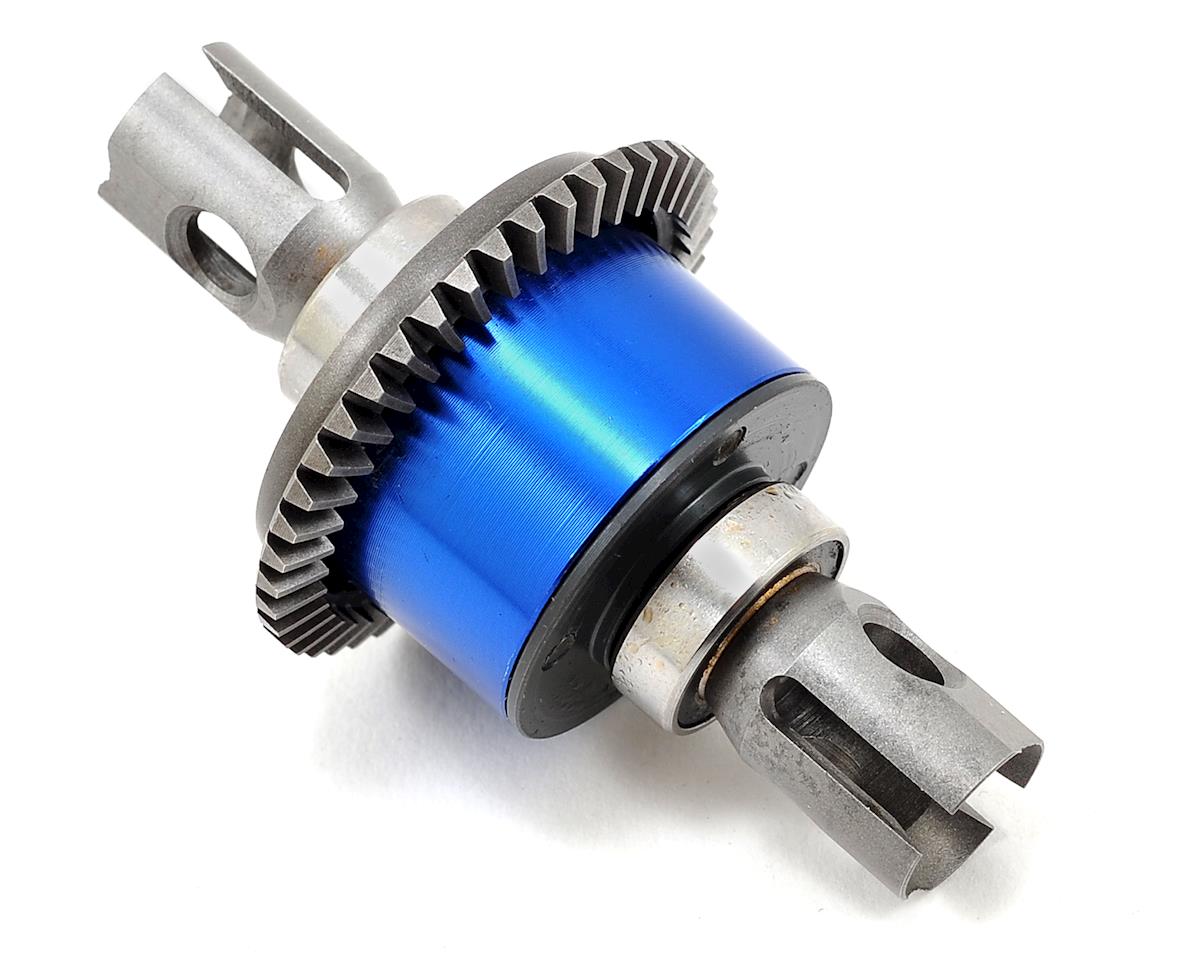 This is an optional Fioroni Tractive IV Front Differential, intended for use with the Mugen MBX7 1/8 buggy. Fioroni's Tractive IV torque reactive differentials are the most advanced differentials ever made for 1/8th off road vehicles.

Tractive IV differentials are a type of limited slip/torque sensing differential. They operate much the same as full scale Salisbury differentials, but on a smaller scale, and arguably in more severe conditions. The locking is enabled by internal ramps that act like a wedge when the throttle and brake torque is applied. The rate of lock is in direct reaction and in direct proportion to the torque input- the more torque, the harder it locks. The ramp angles can be changed with optional ramps to achieve various handling characteristics.

Compared to an 'open' or standard bevel gear differential commonly found in off road buggies and trucks, Fioroni's differentials work quite differently, both on and off throttle. While an open differential sends power to the tire(s) with the least amount of resistance (think front inside tire ballooning coming out of a corner), the Tractive IV differentials balance the power output more evenly. Instead of thickening differential fluids or changing suspension settings to compensate for the loss of power, which often results in an equally negative effect elsewhere on the track, you can send more power to the wheels without a drastic change in overall handling. By adding lock, the wheel with the least resistance is less likely to spin, which means more power is being put down, resulting in faster acceleration.

Off throttle, the Tractive IV differential will act somewhat like an ABS system (Anti Lock Brakes). Your car will be more stable under braking and if you choose, you can increase the rear brake bias, often shortening brake distance. With today's improved suspension geometry and constantly improving tires, these differentials can be used effectively to lower your lap times. Another direct benefit is increased tire life. The less your tires spin, the longer they will last.

The standard ramp angles are 120 for Front differentials, 80 for center differentials, and 40 for rear differentials. Optional 60 and 100 degree ramps are available. For optimum performance, it is recommended to clean and re-grease the differential after each weekend of racing, with a maximum of 3 races in between cleaning and re-greasing. Although not necessary, it is suggested to re-install the internal components in the same position they were removed from, and allow a short break-in time for new or freshly rebuilt differentials. Do not use any grease or oil except for the included grease (available as a spare part TRC-020. The differentials can be fully rebuilt with a full line of available spare parts.

Fioroni's Tractive IV differentials are a tuning option, not an answer to a poorly assembled and incorrectly setup vehicle. It is recommended to use the front differential first, followed by both the center and rear. By using all 3 there will be a noticeable change to the handling of the car as well as an obvious decrease in tire wear. The differentials can be used on a variety of surfaces from loose dirt to clean pavement. Make sure to try them in practice first and make chassis adjustments as needed before using them in racing conditions.

Fioroni Tractive IV differentials, like all Fioroni product, are designed and made in Italy using only the highest quality materials and process. You can further complement your car's drivetrain with Fioroni LIC range of lightweight axles, hubs, and gears, available for most popular racing buggies and truggies.