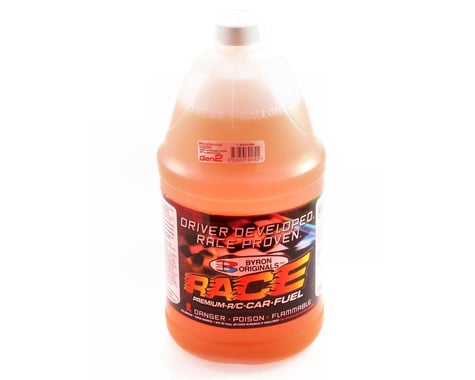 This product is only available for pickup in our retail stores
In Store Only
Write the first review
Check Store Availability
Please be aware that pricing and product availability in-store may vary from what’s available online because each store is independently owned and operated.
This item is only available for purchase exclusively from our retail stores. Click here to find a store near you.
This is one gallon of Byron Originals 30% ProDriver 3000 Gen2 Car Fuel! Byron Originals Gen2 Nitro Fuel is a revolutionary new car engine lubrication system that will, without question, represent the largest and greatest improvement in R/C car fuels the industry has witnessed in the past 15 to 20 years.

This product was added to our catalog on August 6, 2008